In 2017 after Mr. Samuel, SAMUEL LOFTS, purchased the most expensive pigeon Golden Prince, the dream of eradicating poverty in the black community started having its first building blocks erected to help the youth get off the streets and start learning about a sport that was seen to be foreign to them.

Mr. Samuel had a dream of introducing the sport to the youth, a sport that he fell in love with in his early youth. In May 2018 Mr. Samuel helped establish the first black independent Racing Club in the biggest townships of them all Soweto. Just like any dream before it came to life there were a number of challenges that they faced. One of the major challenges was finding people in the region of Soweto that could build a loft. You need to understand that building a loft is not like building a house or anything that can coop animals.

The other challenge was that the lofts had to face a certain direction, which was unknown by the people that volunteered to help in building the loft, luckily enough the Soweto Pigeon Racing Club has formed a relationship with the OERF. In every area, in order to race pigeons, one needs to be associated with a club regulator and the SPRC affiliated themselves with OERF.

The people from OERF were so happy when they heard what Mr. Samuel was doing and wanted to be hands on to help see the vision coming to life and that is how the relationship between SPRC and OERF came about. The chairperson of OERF Robert Lamby showed the loft builders as to which way the loft was set to face and even offered to help with creating the base of the loft for them while they were being taught for future lofts. The base was made so that it would face the correct direction, they even offered to help with the building of the first loft. 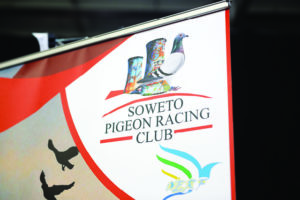 Fast forward to 19th February 2019, the first Soweto Racing Club Loft was completed in Dlamini Soweto. Through the assistance of OERF and the dream of Mr. Samuel who is the founder of Samuel Lofts Pigeon Stud the dream has finally come to fruition. The year 2019 has started off on a high note for the youth of Soweto and the youth of Samuel Lofts Youth Academy.

26th January 2019, Samuel Lofts opened its doors to their next generation in the pigeon world, its Youth pigeon Academy in a workshop that was structured in a way that would let them understand and learn more about the pigeon racing sport. In attendance, we saw guests of the day Mr. Peter De Cock and Mr. Wisdom. The workshop would have not been fair if the youth volunteers and youth members were not introduced to how Mr. Samuel came to be. Mr. Thato Segone graced us with a short clip of how Mr. Samuel climbed his ladder to make it to where they are now. 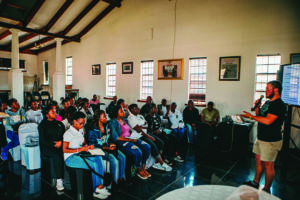 Part of the workshop included Mr. Peter came in and left no stone unturned. Mr. Thato who has invested so much of his time into learning as much as he can about the sport took the floor and introduced the sport fully to the youth by breaking it down for them as to what the sport was and how it worked as well as how it was aimed to benefit the youth. The objective of the workshop was seen when the youth were shown just as to what lengths Mr. Samuel is willing to go just to empower a young black child as well as to provide the next generation with financial freedom, not forgetting his core goal of inheriting the youth with as much knowledge about the sport. We saw that not everything could be unpacked in one workshop, therefore the youth was encouraged to always shop signs of hunger for knowledge and go out to research more about the sport. Mr. Thato entered into a different zone and spoke of the different types of breeding in pigeons and also spoke of just how these feathered friends are trained and how that depends on the fancier.

The floor was opened to Mr. Wisdom who spoke of doping to enhance performance in the sport and spoke of the hazards surrounding the sport ranging from climatic conditions to risks of flying in the long-distance category. It is impossible to speak of pigeons and not mention pedigrees as well as what should be on the pedigree list and showed a few examples of Samuel Lofts golden pigeon, Golden Prince. He also dished out information on what should be on the pedigree as to the ring number, the name of the bird and the accolades the bird collected. Starting from the grandparents of the pigeon. Zanele Chauke took over who is a member of the Samuel Lofts Youth member and a volunteer for Amajuba Omoya youth academy, she took us on a tour around the idea which is already being implemented the Soweto Pigeon Race Club (SPRC). She unpacked the mission, vision, and objectives of the club.

The guest of the day Mr. Peter was then given the platform, he equipped those in attendance about the chip which is used to record the time in which the pigeon enters the loft from a monitored time and also how it works. He also touched on the life ring that the pigeon carries with until it dies referring to it as a human ID. He continued to unpack information on the molting season, feeding times as well as the nutrition’s needed to keep a bird fit and healthy. Mr. Jerry who is the fancier there took the youth into the lofts to give the youth academy the feel of being in a loft and how to handle the pigeons, and also explained the process of breeding and single pans as well as the pairing processes. He also explained how many eggs are laid by the hen and at what time. Overall the day was packed with knowledge and a lot of happy faces from the youth members and we want to say thank you to Samuel Lofts for affording us with the opportunity to attend such a prestige event. We wish them nothing but the best of luck in the Million Dollar Race and the Soweto Pigeon Race Club.

What started in 2017 as a dream after the purchase of Golden Prince by Mr. Samuel who is the founder of the Samuel Lofts Pigeon Stud, when he was interviewed in Belgium he mentioned that his dream was to create opportunities for the youth and to open the first Black racing club in Soweto. Which lead Mr. Samuel to introduce the Soweto Pigeon Racing Club in 2018 May

I am sure that you are asking yourself as to what is the Soweto Pigeon Racing Club. The SPRC is a racing pigeon club that is situated in the biggest township in the world Soweto and plans to have ten lofts which will consist of a hundred pigeons in each loft, which will be built in the yards of the members of Samuel Lofts which reside in Soweto.

The SPRC is a club that was started by Mr. Samuel and the Samuel Lofts Youth Academy, the plan was to introduce the sport to underprivileged children that have no idea as to what the sport of pigeon is all about. The SPRC aims to bring information about pigeons to the youth of Soweto and try to keep them away from the intake of drugs and alcohol.

The SPRC invaded the people to give them their plans moving forward. The Soweto Pigeon Racing Club have started building their lofts in Soweto through the donations made at the SAMDPR finals, they got money to purchase everything and anything that is needed when starting a loft and also got donations of pigeons to help them get closer to the one hundred pigeons in each loft